from Homie Garden by Wool See 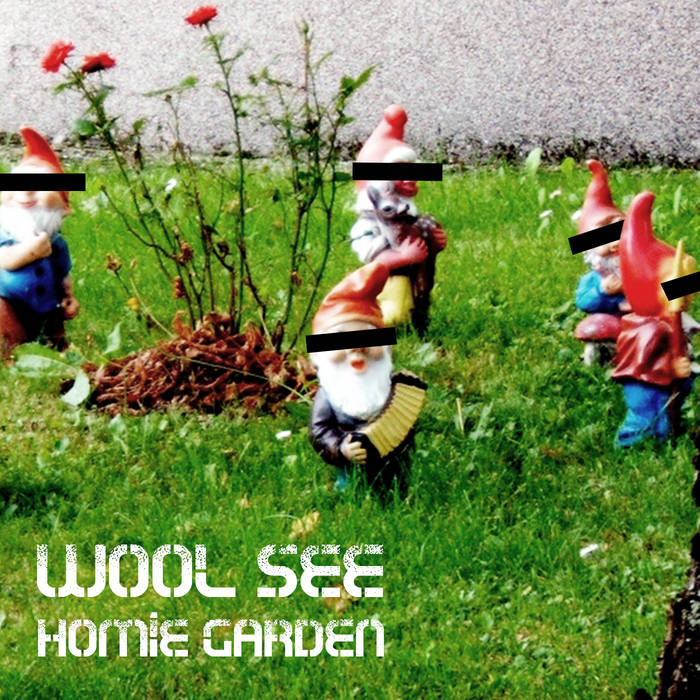 Two unwavering faiths in one room
Like The Sunset Limited..
Drama was imminent.
His was in the fix, the remedy..
Synthetic heroin, prescribed many years ago..
Since then his injury heeled but the disease still grows..
It was once a beast consuming him whole,
now it's a black hole that vacuumed all he knew & it's future
Past life laborer, present day, self-medicated pusher
of just enoug to allot his own heaping rations..
and pay his mom a little rent money when she hassles him.
Spends his time at a dive down the street
A strip club low on charm high on strung out whores selling skin cheap
in the back room.. which is where he is now with her
and her faith is sure fire.. desire..
Flesh plus any vacancy inside her for sale but the heart still unavailable
And it will remain that way..
She been emotionally shattered as the daughter of a pervert, later girlfriend of a batterer..
So all that's left now is some jagged glass
She don't take shit she takes tips from shaking ass..
And she takes dick for a rate thats flat until it isn't if you aced negotiation class
But either way she’s leaving with something
and If she has some sort of problem, she gives her manager a call
(her manager?)
Yeah that’s the man that she involved with
That's her baby's father and her business parter, after all
this the closest thing she knows to domestic bliss - pimping..
He treat her good when she inline, beat her good if she caught slipping..
Guess he sensed a lucrative venture soon as he got up in it
Now he rents her out so there's no need to covet
And it's a warped perspective but she loves him..
Bad news for this addict about to bust in her,
Cuz she’ll becomes his obsession..
First time he saw her underneath those lights
Like an angel, spread wings in flight,
Except those wings were her legs, pointed up to the ceiling
Suspended on a brass pole with her body shaking & reeling
Descending from the heavens to a room full of heathens, he
Simultaneously wanted to both save & violate her
Of course he chose the latter
Had her in the back room for the smatter
Just a taste but he wanted more like anything that helped heal that hurt
(he don’t matter)

Like he is night, she is light
he chases after her with a love that's unrequited,
Seems the closest he can get to her face is its reflection in the moon
that's the physical for sale, but the rest she ain't giving to him
it's not like he'd know what to do with it.. hell,
she don't even know what to do with it.
She just bottles it up, but fails to label it poison,
an oversight that's sure to cause pain and strife, case in point..

The routine was as follows -
Few times a week they'd meet, he'd beat, skeet and she'd see the dollars,
He was happy to lose on her touch, consumed with that lust, confused it with love,
take rationale out the equation,
Replace it with pharmaceuts to the face,
in the same hole compliments kept spilling out of, he caught feelings..
Let her know it too, said “we should runaway”
she'd brush it off, like “what a thought”
but the delusions he was shaping were unshakable
then one day he noticed bruises around her eye
despite painstaking application of makeup, asked her why
Not satisfied with her excuses, he waited like a PI
in the parking lot, watching dudes trick off, then end of the night
Saw her leave with one so he followed, jealous rage growing
Ended up outside their apartment with his blade drawn
Ran up on them by their whip, things escalated rather quick
While charging her man, he failed to see what was in her hand or hear it click
then pop pop

I guess She is night, He is light..
She took him down because only one can occupy this sky..
He thought that nothing could stand in his way, until she solar eclipsed him
Now he won't have any light left when the ambulance gets him..
It's not like he ever even knew what to do with it..
that's why he chased a high that would ruin him
but in the end, she was the poison that did him in
She was the darkness and at best his light was dim. Night wins.

A prolific indie-rap band with an unsettlingly low member count.