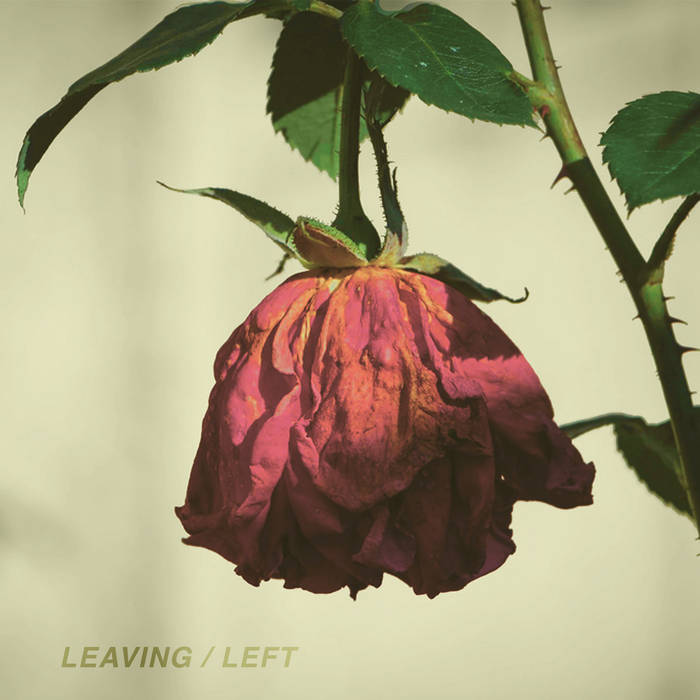 Matthew Wills Leaving/Left Left/Over are both bangers,love it bro! Favorite track: Pack It Up, Pack It Intro.

Dimxsk IAME has always been my favorite "Sandperson". His work with various producers is unceasingly awesome, and I am finding that with his one man project Wool See, taking control of every aspect of production not only produces amazing music but allows even more of who he is as an artist to shine through. Pick up the B-Sides EP Left / Over before it's gone, Open Arms is an amazing track.

Imaginary rap band Wool See have announced their 4th full-length album Leaving / Left, out September 29th on Heaven Noise Recordings (with a limited edition run of 20 hand-numbered cassettes available via art label Hello L.A.). The album’s title and much of its subject was inspired by front-man IAME’s recent cross-country move from Portland, Oregon to a rural area in Northeastern Vermont. The prolific Sandpeople and Oldominion affiliate makes it clear that while love was the motive behind following his wife back to her home state, agreeing to leave his home of 27 years was an emotionally taxing decision.
“Leaving / Left was made during the process of selling our house, packing our belongings and preparing to move,” he explains.
“This album is about leaving what's familiar. It's about the tension in a relationship when big uncertainties loom overhead. It's about the changing face of Portland; a city where 100 transplants arrive each day. It's about accepting that so much of what we know is already gone and that we've been left behind.”
Though it’s full of personal subject matter, the album wasn’t created in a vacuum. The outside world’s strife is as present in these songs as the artist’s inner turmoil. “Pack It Up, Pack It Intro” sets the tone with lines like “pack the U-Haul with all that I am; boxes of nostalgia, anxiety and nausea” and “that’s just the landscape, red and blue / My mind-states been divvied too.”
“Sideways” is an examination of character flaws versus circumstance while “Blast Radius” touches on society's toxic obsession with fame, wealth, and trending that maintains our mostly tragic status quo.
As with previous Wool See releases, Leaving / Left was entirely written and produced by IAME and the ghosts in his head. The beats are thick and crisp, the melodies lush and vibrant. At just under 30 minutes, it’s a polite listen but one that is sure to reveal new layers with each revisit.

All songs written, produced and mixed by Wool See.

A rap band that makes podcasts.